The Turboweb team are working, in the office and remotely.

All meetings will be over Zoom or Teams, please call or email to book.

Stefan works behind the scenes at Turboweb, specialising in all the finishing touches to your website. He’s an incredibly studious worker and an integral part of the Turboweb team. His hard hours of coding are what make the magic happen on your website so that visitors to your website get a seamless and easy user experience.

Originally from Whangarei in the Far North, Stefan joined the development team at Turboweb in February 2016. Stefan has a wealth of knowledge and experience in all things tech. He studied Computer Science and Biology at Auckland University before spending time in Wellington and Auckland as a web developer, most recently at Air New Zealand.

Stefan and his wife relocated to Dunedin in August 2015 and Stefan says the best thing about Dunedin is there are no traffic issues. Stefan has a young family, with his son Thomas keeping him busy. He's a retro gamer who loves hacking away, building and developing his latest ideas. In his spare time, you can find Stefan researching random things on Wikipedia and exploring the great outdoors around Dunedin. 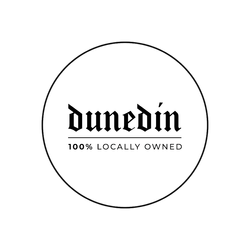